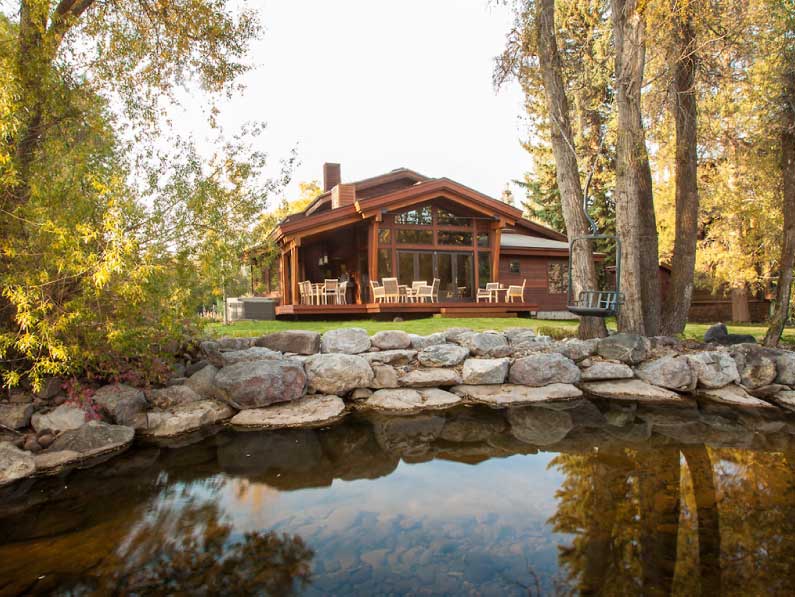 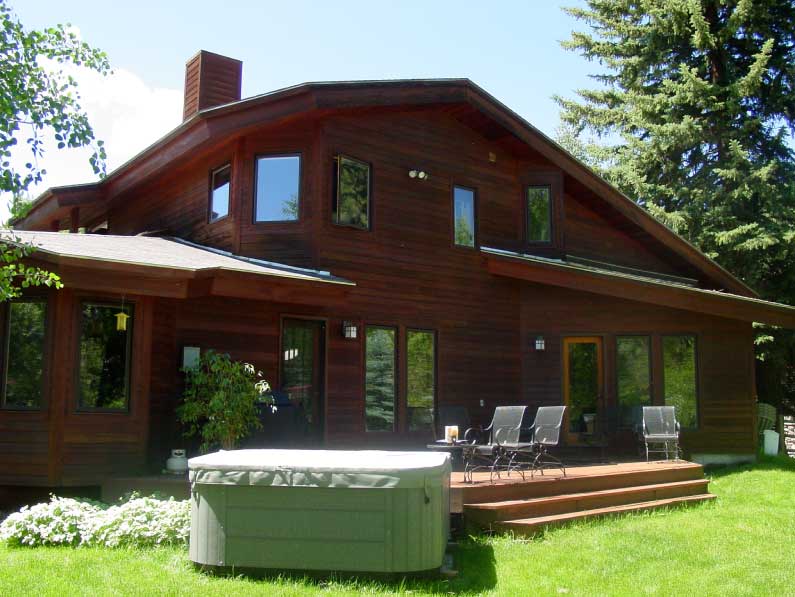 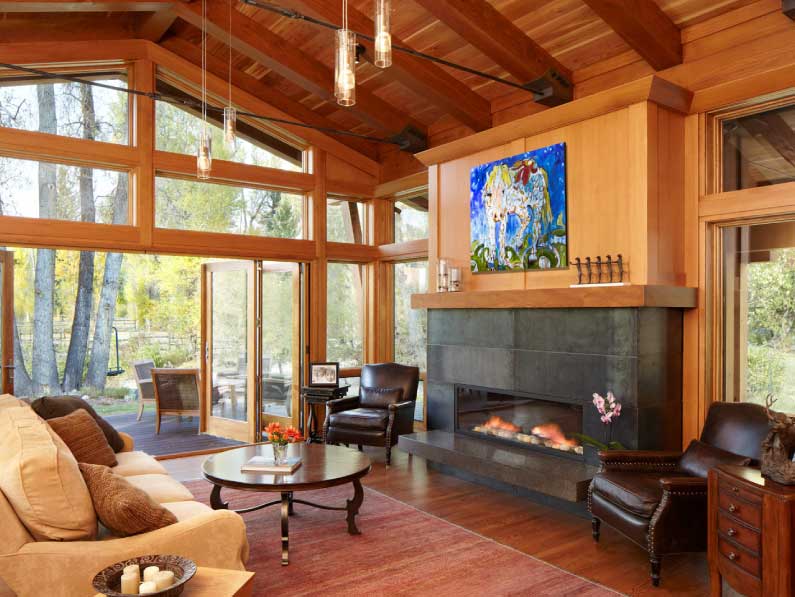 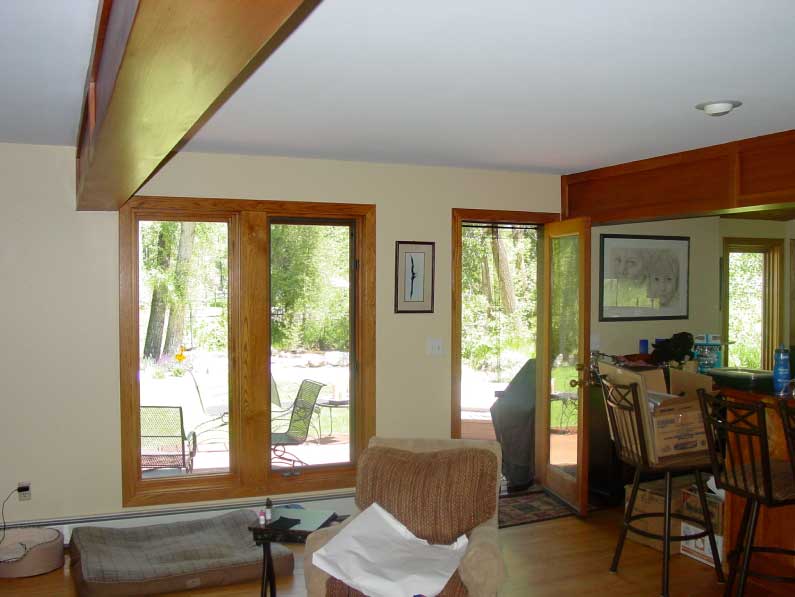 One of Steamboat Springs’ more beautiful natural features is the picturesque Soda Creek.   Surprisingly, this existing home was built without a strong relationship to the outdoors even though it was set on a bend in the creek.  The backyard took advantage of the beautiful natural setting, but the interior was cut off.  This had to change.

The concept for this architectural design was to take the main living space and literally move it outside.   The great room was extended with glass walls on three sides so that from the main seating area the views flow upstream.  An extra 18 feet of living space in the form of a deck into the yard fulfilled the connection.

Bi-fold doors blur the line between the interior and exterior space and connect the two, not just visually but also physically.   The original structure took on an early 80’s style of design.   With the addition project, we wanted to retain some of the character of the original structure while adding new character through exposed timber beams.  The original design was minimalistic in its detailing, so we chose a clean redwood siding combined with a slightly higher level of finishing with traditional timber joinery and custom steel tie rod detailing.

The roof expansion creates an outdoor dining area can be enjoyed in any weather as a comfortable extension of the kitchen.

SEE WHAT OUR CLIENTS ARE SAYING ABOUT US>>>​